With an estimated 15 million subscribers, Adobe Creative Cloud or Adobe CC is a subscription service that gives users access to the company’s full suite of popular creative software for desktop and mobile, including Photoshop, Illustrator, Premiere Pro, InDesign, Lightroom, and many more.

What happened? — Earlier this month, security researcher Bob Diachenko collaborated with the cybersecurity firm Comparitech to uncover an unsecured Elasticsearch database belonging to Adobe Creative Cloud subscription service that was accessible to anyone without any password or authentication.

How many victims? — The inadvertently exposed database, which has now been secured, contained personal information of nearly 7.5 million Adobe Creative Cloud user accounts.

What type of information was exposed? — The exposed information included Creative Cloud users’: 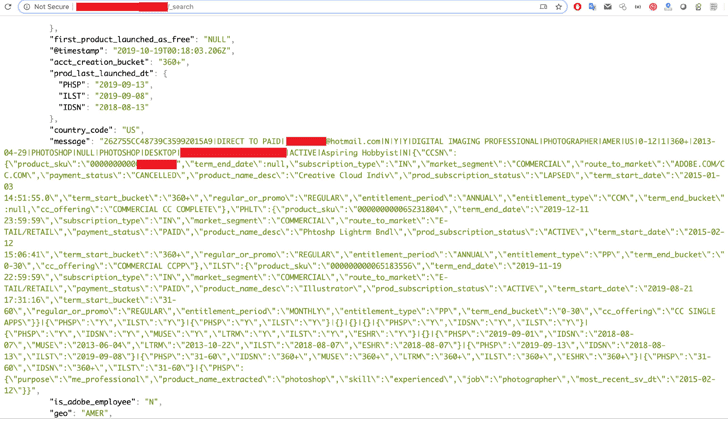 What might attackers have achieved? — Since the misconfigured cloud database did not include any password or financial information such as credit card numbers, the exposed data is severe enough to expose Adobe CC users to highly targeted and convincing phishing attacks.

“The information exposed in this leak could be used against Adobe Creative Cloud users in targeted phishing emails and scams,” Comparitech said in a blog post. “Fraudsters could pose as Adobe or a related company and trick users into giving up further info, such as passwords, for example.”

The company responded to the security incident swiftly and shut off public access to the database on the same day, according to a blog post published by Adobe on Friday.

“Late last week, Adobe became aware of a vulnerability related to work on one of our prototype environments. We promptly shut down the misconfigured environment, addressing the vulnerability,” Adobe said.

“This issue was not connected to, nor did it affect, the operation of any Adobe core products or services. We are reviewing our development processes to help prevent a similar issue occurring in the future.”

However, it’s still unclear how long the database containing records of 7.5 million Adobe Creative Cloud users was exposed before the researcher discovered it.